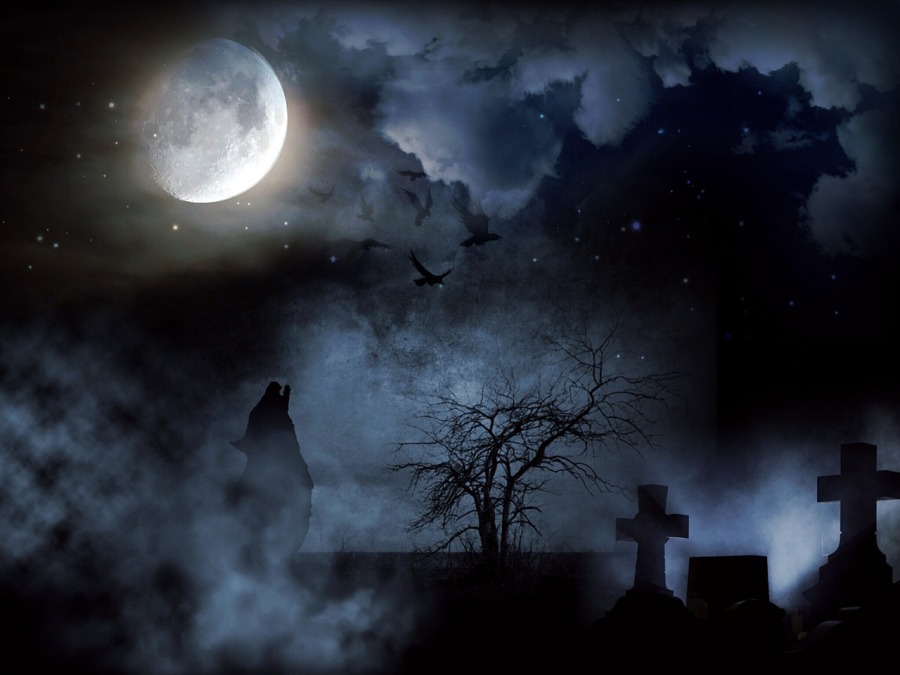 There are early historical references to wolves attacking people, such as in the Annals of Tigernach (1137) where it states: The Blind one of … that is, Giolla Muire, was killed by wolves.

In the Annála Connacht  (1420) it is stated: Wolves killed many people this year.

The first legislation to exterminate wolves, however, did not come until 1584.  More legislation followed over the years, but during the Cromwellian re-conquest of Ireland, the campaign really stepped up.

During wars, there will be bodies, and where there are bodies there will be wolves.  Wolf numbers increased, giving rise to the nickname Wolf Land (or wolf-land, depending on the source).  But … Irish men could hardly be allowed to hunt, could they?  Hunters would need weapons, and weapons were something that the Irish were not supposed to have.  Hunters from elsewhere would have to be attracted to Wolf Land, and the only way to do that was to pay them a whole lot of money. 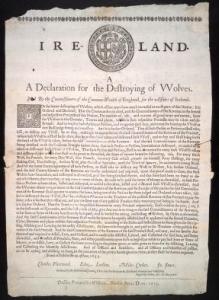 In Wolf Land Book One, Sorcha lists out  some typical bounties at the time. She tells us: They will earn six pounds for every female they kill, five for the males, two pounds for the younger wolves and ten shillings for the cubs.

Even with such money on offer, getting rid of our Irish wolves was not an easy job.  In 1652, for example, it was forbidden to remove any wolf-hounds from the country because, with a wolf population like ours, hunters would need the help of such able dogs at their side.  So why was Ireland such a special case?  Why were our wolves so difficult to eradicate?  I have read that, in Ireland, we saw them as a part of the landscape; indeed, their Irish name, Mac Tire (son of the land) would suggest just that.  Whatever the reason, most Irish people I talk to still have a inexplicable passion for wolves.  It may be 2015, but Ireland is still a Wolf Land at heart.

4 thoughts on “Wolf Land: more than just a book title”